If you're a history buff, especially for local history, then you must experience all the Farmington area has to offer in regard to historically significant parks, landmarks, and museums. Whether you're visiting the site of a Civil War battle or perusing historical artifacts and photographs of the Arcadia Valley, you'll be glad you took the time to learn more about the amazing history of the area. At CarSmart of Farmington, we highly recommend you visit these four historical sites below. 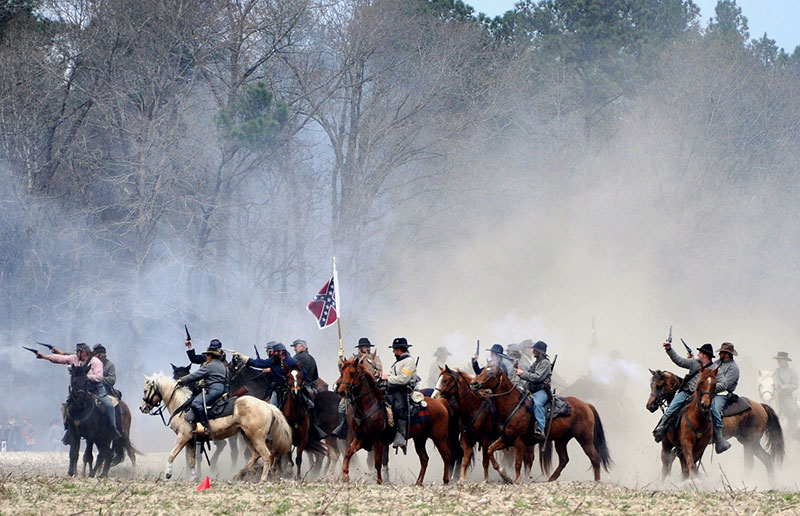 Image via Pixabay by shafman

Confederate soldiers under General Sterling Price took Fort Davidson during the Battle of Pine Knob in the U.S. Civil War. Although they lost the fort, the Union Army did help to prevent the Confederate Army from infiltrating the state of Missouri. The Fort Davidson Historic Site preserves this battle that ran through the Arcadia Valley back in 1864.

Outnumbered 10 to 1 during the battle of Pine Knob, the Union Army defended the fort until they were able to escape sometime during the night. Although the Confederates did take possession of the fort, the hope of capturing St. Louis was halted due to Confederate General Price's reckless wastefulness of both men and ammunition.

Today, the battle area and museum are operated by the Missouri State Parks system. Visitors can walk through the grassy fields that include the fort's old earthworks and a mass Confederate burial grave that is marked by a granite monument. The exact number of Confederate casualties of this battle is unknown, but historians estimate that about 1,000 Confederate soldiers were injured or killed that day. There is also a visitor center that includes a narrated story of the Battle of Pine Knob.

The Missouri Mines State Historic Site tells the story of the lead mining industry in the southeast Missouri lead district. This commercial business influenced both the economic and social character of Missouri for more than 280 years. As a historical site, it preserves the structures and artifacts of the largest mine-mill complex. Those who visit will learn how the role of mineral resources and the mining industry shaped the great state of Missouri.

In early 1700, Pierre Charles LeSeur was instrumental in discovering the massive amount of lead in what is now called the Old Lead Belt. The discovery of this mineral led to an increase in economic development, an influx of major corporate enterprises, and the construction of multilevel underground mines and sophisticated underground railroads. That also meant a huge growth in the population as workers were needed to mine the lead.

In 1975, the federal mine-mill complex and adjoining property were donated to Missouri to be used as a state park. The Missouri Department of Natural Resources took possession of the land and mill area, and in 1980, it was designated as Missouri Mines State Historic Site. The 19,000-square-foot mill is being developed as a Missouri mining history and mineral resources museum. There are more than 1,000 miles of abandoned mine tunnels and 300 miles of underground railroad tracks that have been naturally flooded with groundwater over the years.

There are three museum galleries that each contain a variety of equipment, minerals, and historical artifacts. The first gallery contains underground mining equipment, while the second gallery displays exhibits on lead, geology, and mineral resources. There is also a small theater that shows a 12-minute video all about the underground mining and ore milling that took place here. You can purchase books, minerals, mineral jewelry, and more souvenirs at the museum shop.

The third museum gallery includes one of the giant air compressors that supplied underground power to turn the pneumatic drills and other mining equipment. In the near future, it will also display exhibits on mining history and technology.

Fort de Chartres is located 4 miles west of Prairie du Rocher in Illinois. This fort is actually the last of four strongholds built here, with the final one being a massive stone fort. The first fort was built in 1720 and served as the French seat of government as well as a French military installation. France gave up the fort, along with much of its North American territory, to Great Britain in 1763. Unfortunately, the Mississippi River caused part of the wall to collapse in 1772 and most of the fort fell into ruin.

When you visit this historical site today you'll see a creative reconstruction of portions of the fourth stone-built Fort de Chartres. Inside you will find a restored powder magazine that is believed to be the oldest building in Illinois. It's stocked with reproduction barrels and barrel racks. There are also two reconstructed stone buildings and the exposed foundations of other original buildings. The old office building that was completed in the 1920s is home to an exhibition featuring the history of the fort.

Be sure to stop and see the large stone Guard House and Catholic Chapel, which includes a priest's room, a gunner's room, and a guard's room. On the grounds, you can view an operating baking oven, a garden shed built from upright logs, and a kitchen garden with raised beds growing produce that would have been eaten in 18th-century Illinois.

The Iron County History Museum contains a broad collection of Arcadia Valley and Iron County artifacts, genealogy records, and photographs. When you visit you will see historically significant items such as the original Union battle flag from the Civil War battle of Pine Knob.

Now that you have a good idea of the local historical attractions available in the Farmington area, are there any you plan to visit first? If we missed a favorite of yours, we'd love to hear about it. We're always looking for local attractions and venues to visit. Simply contact us and we'll be happy to add your suggestions to our list.